In this review, we describe the role of oxidized forms of nicotinamide adenine dinucleotide (NAD+) as a molecule central to health benefits as the result from observing selected healthy lifestyle recommendations. 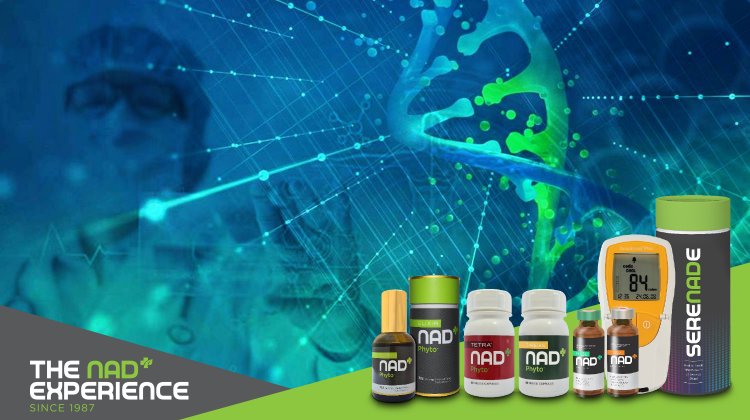 Healthy Lifestyle Recommendations: Do the Beneficial Effects Originate from NAD+ Amount at the Cellular Level?

In this review, we describe the role of oxidized forms of nicotinamide adenine dinucleotide (NAD+) as a molecule central to health benefits as the result from observing selected healthy lifestyle recommendations. Namely, NAD+ level can be regulated by lifestyle and nutrition approaches such as fasting, caloric restriction, sports activity, low glucose availability, and heat shocks. NAD+ is reduced with age at a cellular, tissue, and organismal level due to inflammation, defect in NAMPT-mediated NAD+ biosynthesis, and the PARP-mediated NAD+ depletion. This leads to a decrease in cellular energy production and DNA repair and modifies genomic signalling leading to an increased incidence of chronic diseases and ageing. By implementing healthy lifestyle approaches, endogenous intracellular NAD+ levels can be increased, which explains the molecular mechanisms underlying health benefits at the organismal level. Namely, adherence to here presented healthy lifestyle approaches is correlated with an extended life expectancy free of major chronic diseases.

Studies on caloric restriction revealed that it is more important to improve the ratio between NAD+ and NADH than to raise the overall amount of cellular NAD+ [59]. Namely, caloric restriction reduces NADH amount more than it influences the NAD+ levels, at least in yeast [54, 60]. It seems that lowering NADH is an important factor responsible for the increased activity of the NAD+-consuming enzymes, as NADH is an inhibitor of Sirtuins and PARPs [54].

NAD+/sirtuin pathway could be influenced also with nutritional approaches, e.g., eating habits. At what time and what and how much food we eat influence intracellular NAD+ bioavailability by altering electron transport in mitochondria. For example, a high-fat/sugar diet causes energy overload, culminating in reduced NAD+/NADH ratio [87] and decreases NAD+ levels [23, 63]. Also, a low AMP/ATP ratio causes a decrease in NAD+ or NAD+/NADH, in situations when enormous amounts of calorically rich food (lipids and/or carbohydrates) are eaten.

Sleep disorders predispose persons to chronic diseases like obesity, depression, diabetes, and many cardiometabolic diseases, which are significantly associated with mortality and morbidity [121, 122] [123–125]. Contrary, a steady pattern of waking and sleeping is associated with health promotion and longevity [126]. Prolonged disruptions of circadian rhythms are associated with negative health consequences [127]. NAD+ levels and sirtuin activity regulate a healthy circadian rhythm of sleep and wakefulness; concurrently, the NAD+ level is supervised by circadian rhythm and involved in the circadian clock regulation. NAD+ levels oscillate with a 24 h rhythm; these can be modified by feeding and sleeping time [128–130].

Exposure to the elevated heat for short time periods can result in beneficial health effects. Cardiovascular responses to long-term adaptations in response to heat stress result in reduced blood pressure and arterial stiffness and improved endothelial and microvascular function [141]. For example, regular sauna bathing may be linked to several health benefits, which include decreased risk of sudden cardiac death and cardiovascular and all-cause mortality [142], reduction in the risk of neurocognitive diseases and nonvascular conditions such as pulmonary diseases, and amelioration of conditions such as arthritis, headache, and flu [143]. What is more, heat stress cardioprotection and improved postischemic functional recovery in the heat-stressed hearts after cardioplegic arrest due to increased NAD+ and NADP+ concentrations were observed [144]. Heat shock triggers an increase in the NAD+/NADH ratio as a result of decreased NADH levels and an increase in recruitment of SIRT1 to the hsp70 promoter [25].

It appears that the NAD+ levels could have both procancer and anticancer effects, as NAD+ is a critical protective factor in early cancer development and could become a damaging factor later in the phase of cancer progression and promotion. Namely, during cancer promotion, progression, and treatment, increased NAD+ levels could have adverse effects on the malignancy process due to increased cell survival, growth advantage, increased resistance to radio- and chemotherapy, and promotion of inflammation. In contrast, NAD+ restoration could prevent or reverse the phenotype of malignant cells in the early stages by inducing cellular repair and adaptive stress responses and regulating cell cycle arrest and apoptotic removal of damaged cells.

Another potential risk could be posed by the toxic degradation products and metabolites of NAD+ precursors, e.g., nicotinic acid adenine dinucleotide (NAAD), N-methyl nicotinamide (MeNAM), and 2-PY[71, 168]. Lastly, increased NAM levels due to the supplementation with NAD+ precursors (NAM, NR, or NMN) could inhibit PARPs and CD38 activities [169], while SIRT1 feedback inhibition in vivo by NAM may not be so important [170, 171]. Increased levels of NAM might alter also the methyl pool used to methylate DNA and proteins [171].