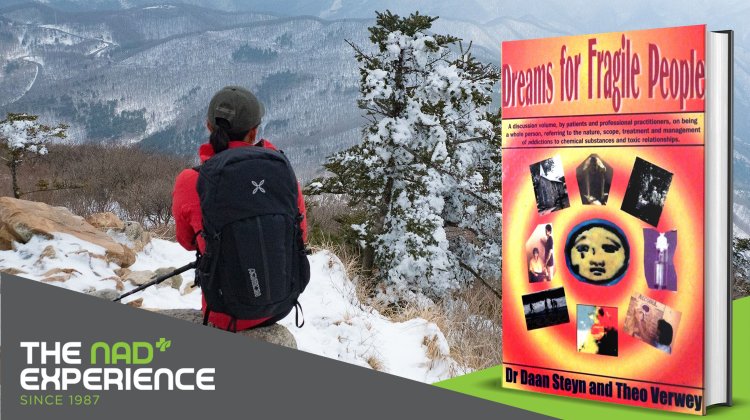 Dr Daan Steyn is qualified in psychology, languages and theology. He completed his internship in clinical psychology in 1969. After three years as a Research Officer with the Human Sciences Research Council, he began the first psychotherapeutic practice in Pretoria. Three years later he began and developed the M-courses in clinical and counselling psychology at the University of Rhodes, Grahamstown. Later he became Professor and Head of the Department of Clinical Psychology at Medunsa and Chief Clinical Psychologist at Ga-Rankuwa Hospital. In this period he visited Britain, the Netherlands and the USA investigating the use of biofeedback techniques and medical psychology and lectured on the use of the 16PF personality questionnaire in local communities. After twelve years in academic posts he returned to private practice in the Northern Cape and in Pretoria. During this time he was also involved in the development of the Alkogen procedure, specializing in work with the co-dependants. In 1990 he accepted a post as a Chief Counselling Officer at the then Department of Manpower and was responsible for the supervision of interns and the in-service training of Manpower's registered psychologists countrywide. He has also worked as a farm hand, tram conductor, storeman and clerk.

Theo Verwey is a practising clinical psychologist since 1989. He also received postgraduate training in physiological psychology. He has been involved with a well-known inpatient centre for alcohol and drug rehabilitation as a psychologist since 1988. He founded the Alkogen Treatment Network in April 1995. Alkogen is a registered treatment centre for the multiprofessional treatment of addictions regardless of race, gender or age, by private practitioners on an outpatient basis. He has been the program coordinator and clinical psychologist for nearly 2000 addicts and their families. He has also worked as a bank clerk, storeman, workstudy officer and management consultant.

Jaques Botha is a general practitioner who practised medicine in an urban area who became addicted to pethidine.

Corrie Boy is a private practitioner at Alkogen and is responsible for the nursing procedures and has been working with addicts for the past 15 years.

Leon Brand is the minister of an urban congregation who has encountered problems with alcohol.

Michiel Burger is a former minister of religion who currently has his own business who had problems with alcohol and smoking.

In-Jung Choe is a postgraduate who experienced problems with alcohol and excessive spending. He is currently a successful businessman.

Karel Cilliers is a successful businessman in his late fifties who has been rehabilitated since 1989 using the methods of treatment upon which Alkogen is based.

Vorster Combrink is a minister of religion who is also involved in pastoral counselling.

Andre Conradie is a matriculant and a talented musician whose father has abused alcohol for many years.
Henry Davis is a medical practitioner with a Master's degree in genetics who has been involved since 1991 with the concept of behavioural genetic and metabolic treatment which developed into the method used at Alkogen.

Marietta de Beer was a receptionist at Alkogen and who was previously an administrative assistant at one of the largest alcohol and drug rehabilitation centres in South Africa.

George du Toit is an industrial manager at a large corporate company.

. Koos Engela is a general medical practitioner who worked in the psychiatric section of the largest military hospital in South Africa for five years. From 1993 to 1996 he actively helped to develop the medical treatment and the treatment protocol used at Alkogen.

Hilda Greyvenstein is a student who has been burdened with her father's misuse of alcohol virtually throughout her life.

Dries Joubert is a university graduate and a successful businessman with various interests. He has been rehabilitated since 1996 using the Alkogen method and is actively involved in the motivation and aftercare of other patients.

Marie Krige has suffered from asthma for many years and had to stop working for medical reasons. She is the single parent of two daughters.

Karen Le Roux is a professional practitioner with a post graduate qualification and an extensive practice.

Selma Maree is a senior manager with a large company in an urban area. She made the story of her fight for her son's rehabilitation available during her first visit to Alkogen.

Gavin Mikonos is the co-owner of a computer company and is a part-time musician.

Amanda Nelson is a qualified psychiatric nursing sister who is professionally interested in the methods used at Alkogen who is also prepared to share her personal experience with others.

Dr Nelson (snr) is a retired surgeon who, in spite of his age, is still interested in new interventions.

Mrs Nelson is the second wife of Dr Nelson (snr) and she could evaluate the change in her husband.

Waldo Nelson is a general practitioner and son of Dr Nelson (snr) and was prepared to offer the best treatment available for his aged father and to share the outcome with others.

Bobby Nortje is the co-owner of a multimillion rand business who decided to quit the smoking habit after some twenty years.

Rosette Olivier is the mother of three and recently lost her husband (a patient at Alkogen) in a motorcar accident.

Sandra Potgieter is a mother with empathy for people.

Wessel Potgieter is a foreman who has worked hard to provide his family with the best.

Denise Pretorius is a nursing sister who is very involved with her family.

Philip Pretorius is the managing director of a large countrywide organisation.

Gilbert Ramsey is a high school senior with an artistic talent who recently became involved with cannabis.

Rosa Slabbert is a working mother and as a wife suffers under her husband’s buying addiction.

Norman Spencer is a retired businessman who until recently was a soccer referee.

Wilhelm Stander is a retired mainframe computer programmer who is now a goldsmith.

Lerinda Steyn is a journalist who is interested in the social sciences and writes articles on the help that is available for people with problems.

Rocco van Rooyen is a successful businessman. He has been rehabilitated since 1991 according to the methods used at Alkogen and is actively involved in the motivation and aftercare of other patients.

Maria Venter is a social worker with postgraduate qualifications who was involved for many years with one of the largest drug rehabilitations centres.

Kurt Viljoen is a stock control officer and works for a company with national interests.

Deidre Visser is a manager with a large national organisation. She has a postgraduate qualification.

Dewald Visser is an advocate in private practice.

Ina Vosloo is a dietitian in private practice with extensive knowledge of the treatment of addictions.

Graham Wessels is a hard working young man with a strong sense of duty whose life almost ended unnecessarily.

17 Dreams of Pleasure - Sex and Exercise Addiction by Kurt...

19 Nightmares of Divorce - Energy for Guilt by Karen Le...