These data show that tissue NAD+ levels are critical for oocytes and female fertility during ageing. 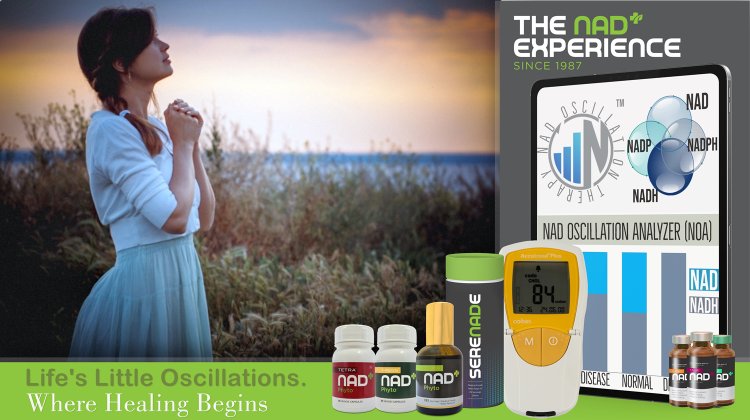 Female infertility is a common and devastating condition with life-long health, emotional and social consequences. There is currently no pharmacological therapy for preserving oocyte quality during aging, which is the strongest risk factor for infertility. This leads to an age dependent decline in natural conception and IVF success rates (1). Here, we show that this is due in part to declining levels of the metabolic cofactor nicotinamide adenine dinucleotide (NAD+), and that restoring NAD+ levels with its metabolic precursor nicotinamide mononucleotide (NMN) rejuvenates oocyte quality and quantity in aged animals, leading to improved fertility. These benefits extend to the developing embryo, where NMN supplementation in embryo culture media following IVF enhances blastocyst formation in older mice. The NAD+ dependent deacylase SIRT2 is sufficient, but not essential, to recapitulate the benefits of in vivo NMN treatment, and transgenic overexpression of SIRT2 maintains oocyte spindle assembly, accurate chromosome segregation, decreased oxidative stress and overall fertility with ageing. Pharmacological elevation of NAD+ may be an effective, non-invasive strategy for restoring and maintaining female fertility during ageing, and for improving the success of IVF.

Pharmacological and genetic elevation of NAD+ enhances oocyte quality, embryo development, and litter size
In somatic tissues, levels of the metabolite NAD+ decline with age (10, 12, 15), and this decline is thought to drive some aspects of physiological dysregulation during ageing. Here, we sought to determine whether this metabolite similarly declined in reproductive tissue with age, and whether this contributed to infertility and declining oocyte integrity, given that these are the oldest cells in the body. To address these questions, we used mice, whose fertility starts to decline around 8 months of age due to oocyte defects that are similar to humans (6). We observed a steep decline in NAD+ levels in the ovaries of wild-type mice from the age of 4 months (Fig. 1a, Extended Data Fig. 1), which occurred at a much earlier age than has been described for other tissues (10, 12, 15), consistent with the vulnerability of ovarian function to ageing. We hypothesised that restoring NAD+ levels using nicotinamide mononucleotide (NMN) (16), the immediate metabolic precursor to NAD+, would raise NAD+ in the ovary and restore oocyte quality during ageing. Treatment with NMN by oral gavage raised NAD+ levels in the ovaries of 10-month old mice (Fig. 1b), suggesting that this could be one strategy for partially reversing the age-related decline in ovarian NAD+.

In addition to changes in NAD+ levels in the whole ovary, we next sought to determine whether there was an age-related decline in NAD+ levels from individual oocytes, and whether oral NMN treatment could reverse this decline. Accurately measuring NAD+ levels in individual oocytes presents analytical challenges due to small sample size, and so we utilised hyperspectral microscopy imaging techniques that exploit the natural fluorescence of NADH and NADPH of individual oocytes. Hyperspectral imaging of autofluorescence allows the characterisation of the most abundant cellular fluorophores, including NADH and flavins (17). The former cannot be spectrally distinguished from NADPH and both are collectively referred to as NAD(P)H, however the autofluorescence of intracellular NADH levels represents the majority of the NAD(P)H signal (18). We treated twelve-month old females with NMN in drinking water (2 g/L) for 4 weeks. At the end of treatment, mature MII oocytes were recovered from the reproductive tracts of females treated with pregnant mare’s serum gonadotropin (PMSG) and human chorionic gonadotropin (hCG). Individual oocytes were then subjected to multispectral microscopy imaging of autofluorescence, followed by unsupervised spectral unmixing to determine the relative abundances of the key native fluorophores, NAD(P)H and FAD, as well as their ratios (Fig. 1c). Consistent with our hypothesis, NAD(P)H levels declined in oocytes from aged (12-month-old) animals, compared to young (4-5-week old) animals, and oral delivery of NMN increased NAD(P)H levels in oocytes from aged animals.

These data show that tissue NAD+ levels are critical for oocytes and female fertility during ageing. Next, we asked whether elevating NAD+ might also benefit pre-implantation embryo development. If so, in vitro treatment with NAD+ precursors might enhance embryonic developmental milestones and benefit IVF outcomes for reproductively aged females, enabling its rapid clinical translation. To test this, IVF was performed using in vivo matured oocytes from reproductively aged (12 month) or young (4 weeks) females. Following IVF, embryos were cultured in normal, replete embryo culture medium in the presence or absence of NMN. Consistent with the idea that a deficiency in NAD+ levels with increasing age drives poor reproductive outcomes, supplementation of medium with NMN improved blastocyst formation in embryos derived from oocytes from aged, 12 month old females.