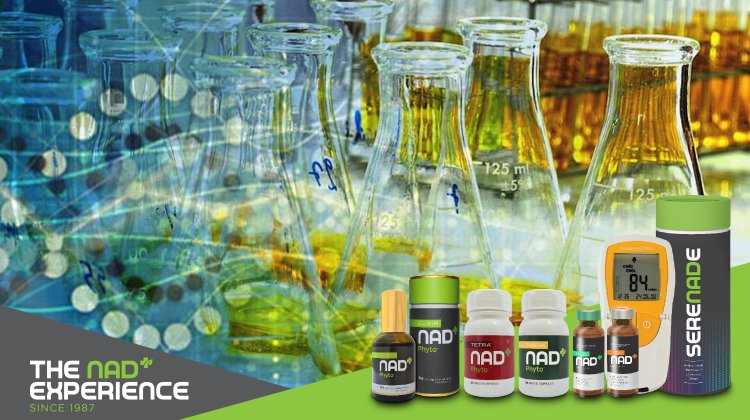 Nicotinamide adenine dinucleotide (NAD) is a coenzyme in metabolic reactions and cosubstrate in signaling pathways of cells. While the intracellular function of NAD is well described, much less is known about its importance as an extracellular molecule. Moreover, there is only little information about the concentration of extracellular NAD and the ratio between its oxidized (NAD+) and reduced (NADH) form in humans. Therefore, our study aimed at the analysis of total NAD and NAD+/NADH ratio in human plasma depending on sex and age. First, an enzymatic assay was established for detecting NAD+ and NADH in human plasma samples. Then, plasma NAD was analyzed in 205 probands without severe diseases (91 men, 114 women) being 18–83 years old.

The total plasma NAD concentration was determined with median 1.34 µM (0.44–2.88 µM) without difference between men and women. Although the amounts of NAD+ and NADH were nearly balanced, women had higher plasma NAD+/NADH ratios than men (median 1.33 vs. 1.09, P<0.001). The sex-related difference in the plasma NAD+/NADH ratio reduces with increasing age, an effect that was more obvious for two parameters of the biological age (skin autofluorescence, brachial-femoral pulse wave velocity (PWV)) than for the chronological age. However, plasma values for total NAD and NAD+/NADH ratio did not generally alter with increasing age. In conclusion, human plasma contains low micromolar concentrations of total NAD with higher NAD+/NADH redox ratios in adult but not older women compared with same-aged men.

The relative amount of plasma NAD+ per NADH is higher in women than men. This sex-related difference has also been described in healthy human individuals (46–78 years old) by Singhal and Zhan (2006) in their congress report [37]. As mechanisms regulating the NAD+/NADH redox ratio outside the cells are largely unknown, the biological background of the sex-related difference in the plasma NAD+/NADH ratio is hardly discussable. One potential reason indirectly affecting the plasma NAD+/NADH ratio could be a lower NAD+ release through Cx43 hemichannels and/or higher metabolization of NAD+ through NAD+-consuming enzymes like CD38 in men.